The Issues: The urgency to act now

In Southeast Asia, most endangered species of wildlife are threatened by targeted offtake for the wildlife trade, either for bushmeat or traditional Asian medicine. Most hunting occurs through the setting of wire snares. These snares are indiscriminate, so they catch any animal unfortunate enough to be trapped – including saola.

The magnitude of the problem is staggering: in one protected area in central Vietnam, forest rangers have removed more than 130,000 snares in the past few years.

Yet still, thousands more remain. The SWG and its partners have focused on improving protection in key areas. Despite significant improvements in protected area management, no area in Lao PDR or Vietnam is sufficiently well protected to save remaining saola.

As a result of rampant snaring, saola are now distributed in a handful of small, isolated subpopulations. Numbers are so low that the species now faces numerous effects associated with extremely small populations. These include genetic inbreeding and loss of heterozygosity, skewed sex ratios, and difficulty of isolated males and females to find each other for mating. How do the effects of small population biology impact saola conservation? It is likely that even if immediate cessation of all hunting threats could be achieved, it is likely that all saola subpopulations would drift to extinction in the next 10 to 15 years. 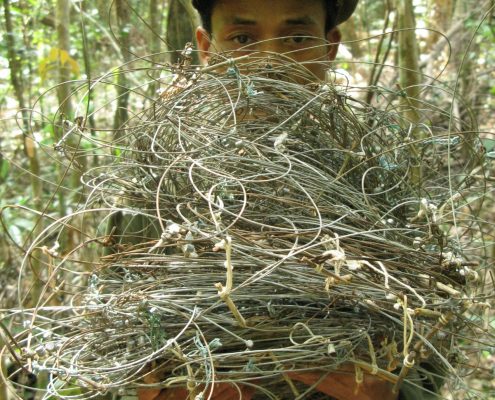 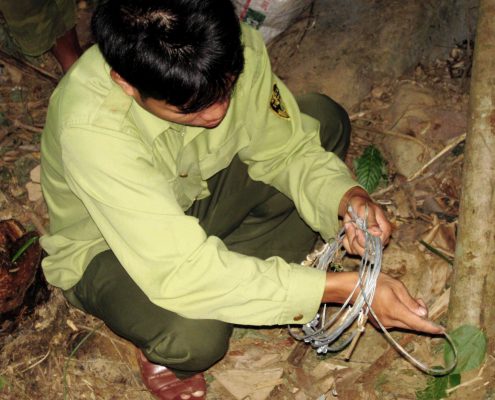 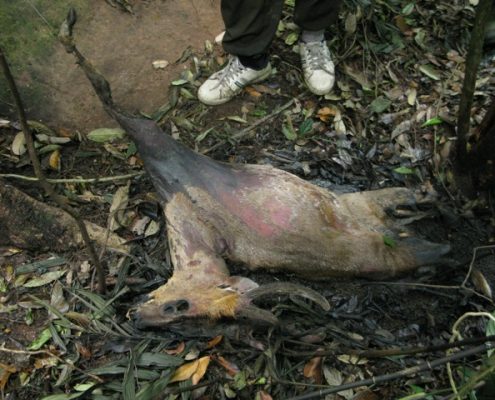 The Opportunities: Reasons for hope

Although saving Saola from extinction is challenging, some significant opportunities offer a path to success.

Despite being critically endangered, there are reasons to be hopeful for saving the saola. History provides several examples of other rare ungulates that have been saved from the brink of extinction. For instance, both the Arabian oryx (Oryx leucoryx) and white rhinoceros (Ceratotherium simum) were down to a handful of individuals, but through a combination of intensive conservation breeding and in situ threat reduction, these species now have healthy wild populations across their former ranges.

These and other conservation success stories prove that we can save saola – if appropriate conservation actions are taken now.

Moreover, conservation efforts to save saola will have benefits for numerous other endemic and threatened species found in the Annamites. To save the saola – and help protect Annamites biodiversity more generally – the SWG uses a collaborative partnership model, in which we provide technical support to local implementing partners in both Lao PDR and Vietnam 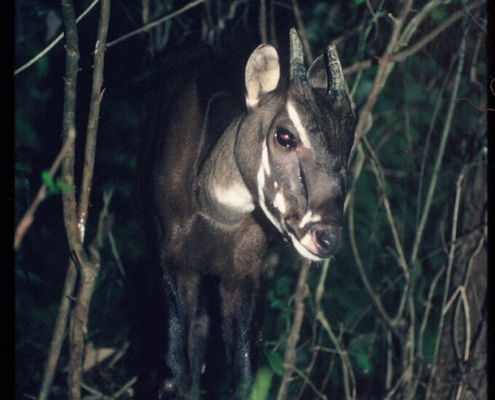