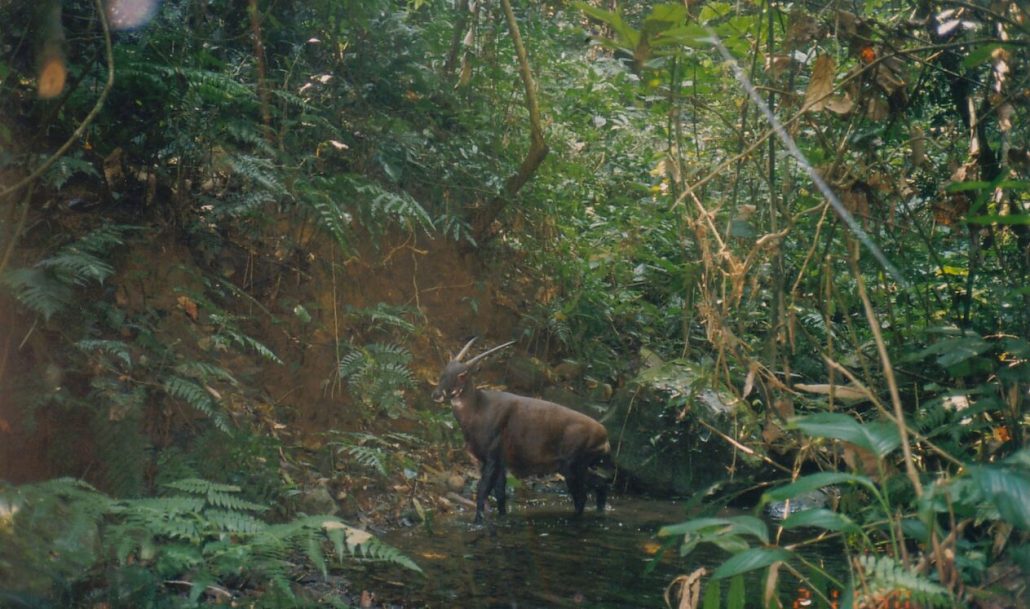 Although no zoo has ever cared for the antelope-like saola—and no biologist has ever seen one in the wild—zoos and affiliated organizations around the world have generously contributed or pledged more than $350,000 to support efforts that represent the last best hope to save the critically endangered species: a conservation breeding center. The fundraising campaign, which started Oct. 1 of 2017 and ends July 31, has so far generated donations from 22 zoos and affiliated organizations in North America and Europe.

“These zoos may not have saolas in their collections, but they understand the inherent value of this rare species and are demonstrating their clear commitment to wildlife conservation with their donations,” said Bill Robichaud, coordinator of the IUCN Species Survival Commission’s Saola Working Group (SWG). “We are so grateful for the support from the zoo community, which recognizes that while the conservation breeding program is going to be risky, it’s the only option left to ensure we don’t lose this remarkable animal forever.”

The saola was discovered by science in 1992 in the Annamite Mountain range on the border of Laos and Vietnam. Although the SWG partnership has made advances in the protection of saola habitat, commercial poaching remains a significant threat, and has the saola teetering on the edge of extinction.  Probably fewer than 100 saolas survive in the wild. In partnership with the governments of Vietnam and Laos, the SWG will use the support from the zoo fundraising campaign for the establishment of a conservation breeding center, based in Vietnam, and to improve protection of forest areas in Vietnam and Laos for eventual re-introduction of saola.

“Zoos have been some of the greatest supporters of saola conservation over the years,” said Barney Long, GWC’s director of species conservation and chair of the Saola Working Group Steering Committee. “The current effort presents the last good opportunity to save the saola from extinction and zoos are a critical part of this effort, not just from a fundraising point of view, but also from a technical point of view. They bring the expertise and knowledge we’ll need to capture, transport, care for, and breed these animals safely and effectively.”

Since the species’ discovery, only about 10 saola have been captured from the wild, all caught by local villagers in Laos and Vietnam. Without professional veterinary and husbandry care, the longest that any of the animals lived was a few months. The last saola known to have been captured was in 2010 in Laos.

Biologists have also only photographed the species five times in the wild since its discovery, all by camera traps—twice in Laos and three times in Vietnam. The most recent camera trap photos were taken in 2013, when a WWF camera trap caught images of an animal in the Quang Nam Saola Reserve in central Vietnam. It was the first photo of a saola in the wild in more than 15 years. Saolas are difficult to detect because of their rarity and elusiveness, which has earned them the nickname Asian “unicorn,” and because they live in dense forest in remote and difficult terrain.

Vietnam’s Ministry of Agriculture and Rural Development, in technical partnership with the SWG, has selected Vietnam’s Bach Ma National Park as the site for the world’s first saola breeding center. The Bach Ma center is due to start construction in early 2018.

Saola Working Group
The Saola Working Group works collaboratively to conserve saola in nature, and to leverage saola as a flagship for conservation of the bio-cultural diversity of the Annamite Mountains as a whole. The Saola Working Group is part of the IUCN Species Survival Commission’s Asian Wild Cattle Specialist Group. The SWG was formed in 2006 in recognition of the need for urgent, focused and coordinated action to save saola from extinction. Learn more at https://www.savethesaola.org/